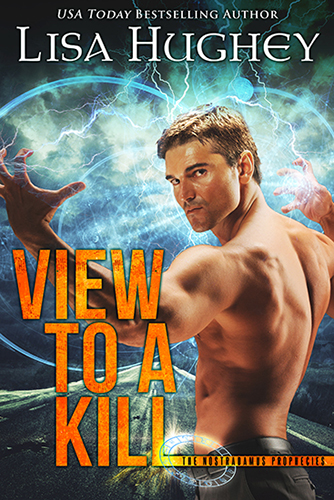 View To A Kill

Every night Mari Johnson’s dead brother visits in her dreams. The CIA tells her his death was a suicide, but she refuses to believe it. There’s no way he’d leave her again. But if she can’t trust the shadow organization that her brother worked with for answers, then she’ll turn to turn to his surprisingly sexy partner instead…the man who was with him when he died.

Every night Nik Stanley relives the night he watched his best friend die. In vain, he battles the guilt that haunts him. As a member of Project Specter, a program that uses people with paranormal talents for intelligence gathering, he can’t shake the feeling that he should have known that something was wrong.

But when Mari and Nik join forces, the pair are thrown a little too close together, and their digging only draws the attention of powerful enemies that would do anything to keep their secrets hidden.

The first installment in Lisa Hughey's brand new sexy paranormal romantic suspense series: The Nostradamus Prophecies. A modern day descendant of the famed French seer, Nostradamus, is in a race against time to decipher her ancestor’s prophecies and stop the world destruction he predicted..

The book opens with a bang and wham you are hooked. A murder, CIA cover up, a traitor, Russian billionaire, hunky guys with psychic abilities.
—Goodreads reader

Wow, this story is off the charts awesome.
—Goodreads reader 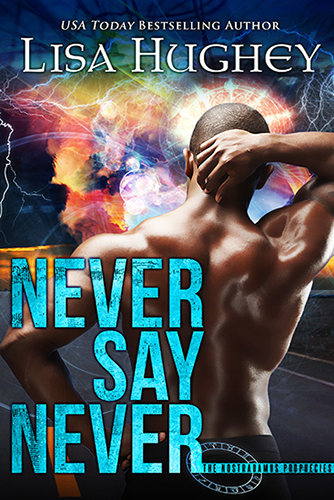 Kelvin Jackson doesn’t do guns, gangs, or crying women. So how does he end up in a rural cartel compound in Mexico with crates full of Russian made weapons and a crying beauty?

On a remote viewing session Kelvin Jackson sees a crying woman in a warehouse full of Russian made guns. Something about the strong woman draws him and he convinces his boss that he should be the operative to go undercover and stop those weapons from being distributed.

Eva Pacheco, the bruja, is trapped in her little hometown, barely more than a prisoner to her father’s demands. But when he starts dealing with Russian mobsters, she knows she has to get her younger brother out and she’ll use any means to accomplish her goal.

Kel and Eva are irresistibly drawn to each other against all logic. Their forbidden attraction only grows as her father seems to push them together. But neither is what they seem and when their hidden agendas are revealed both are left reeling from the consequences.

Brilliantly written, dynamic story with romance at its heart, and then layer upon layer of crime and action. 100% recommend!
—Goodreads reader