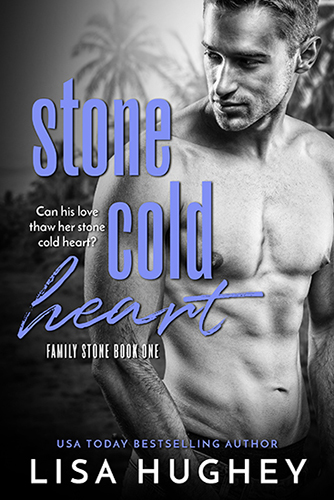 When Colin Davies agrees to take an off-the-books job for his old friend, billionaire Jack Stone, there's only one rule. Protect Jess, Jack's little sister, and keep his hands off. No problem. Until he meets Jack's sister and realizes it's too late. He's already had his hands all over her.

Jess Stone, a former FBI sniper tired of dealing with the worst of humanity, leaves the agency determined to change her life and start working for good. On a humanitarian mission to aid an earthquake-ravaged country, finally Jess finds a purpose working for her big brother's company. The only glitch in her future plan is the appearance of Colin Davies, an operative from one of her worst cases, and a one night stand she's been unable to forget.

When Jess discovers the humanitarian mission isn't the whole job, she's got a choice to make. Colin wants to protect her but she's capable of taking care of herself. Can he thaw Jess's stone cold heart?

I couldn't put this book down. This thriller has action, suspense and danger.
—Goodreads reader

A fun read—international intrigue with a romantic twist.
—Amazon reader 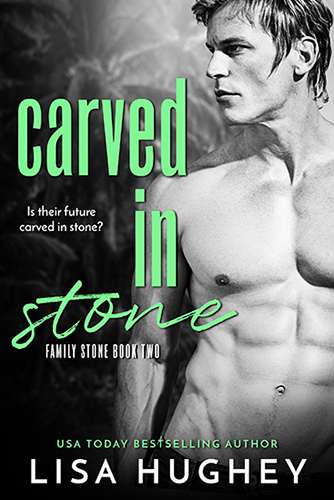 He wants to forget the past. She will always remember.

Connor Stone has always been odd man out in his family. Not the oldest, not the most charming, he'd had a lock on the youngest until another half-sibling came to live with them, so he raised hell in his youth. Con knows the only way to redeem himself is with deeds, not words and sets out to prove once and for all he is worthy of the Stone family—which is why he ignores his attraction to their employee Ava Sanchez. When his older brother asks him to take care of the business while he is out of town, Con finally will have redemption he craves.

After her friends disappeared when she was fifteen, Ava Sanchez vowed to make every day count and live life to the fullest. Working at Global Humanitarian Relief is her dream job, allowing her to atone for living when her friends died. If only she could ignore her inconvenient fascination with her boss’s brother, Connor. When she is nearly abducted, it seems as if the past may be coming for her.

Con is determined to protect Ava until they can figure out why she’s been targeted. But as they come closer to figuring out who is threatening her, he must choose between saving the girl or protecting his family and the family business. Will his choice bring him love or break his heart?

Enjoyed this book, I want that desk, lol...
—Goodreads reader 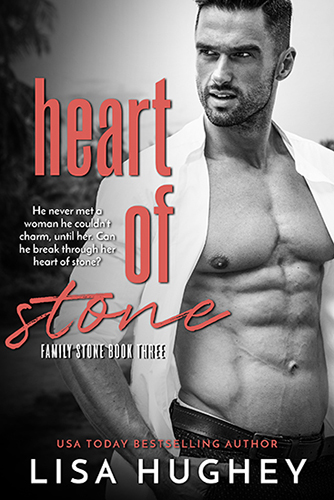 He wants her to stay home. She’s determined to go along. They’re both keeping secrets that have the power to get them killed.

Riley Stone is the handsome brother, the charming one. Everyone who meets him compares him to his father, which in his mind is not a compliment. But he's never met a woman he couldn't charm, until he meets Di, an acerbic, smart-mouthed, passionate activist who has no time for him or his charm.

She’s really going to be pissed when she realizes he’s got a secondary mission.

Diana Lundberg is on a mission to deliver books and supplies to schools on Jolo Island while there is a tentative peace accord. She has one personal stop that is of the utmost importance. Working with Mr. Sexy is the bane of her existence. The fact that she finds him attractive? Annoying as hell.

But not everyone on Jolo wants peace and they know that Riley is carrying information that will derail their plans. On the run, in the midst of danger, the blistering passion they share explodes. Can these two opposites find common ground before their enemies find them?

Book 3 and I still can't put them down...
—Amazon reader 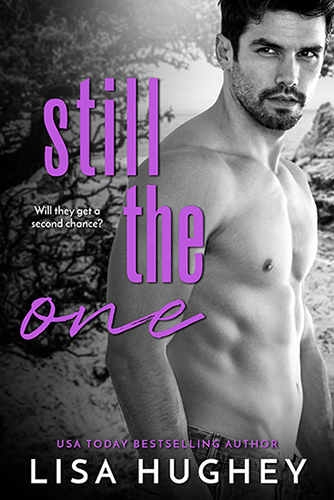 Can these two former lovers put aside past hurts and heal their hearts?

Jack Stone, former Navy SEAL, and oldest Stone sibling is determined to keep his family strong. Family is everything. So he starts Global Humanitarian Relief and Stone Consulting to do some good and keep his family together. His entire life he’s been a protector and caretaker, except once when he shrugged off all responsibility and dumped his girlfriend. Now Jack has to team up with his old flame, Bliss, on a missing witness case.

Bliss Lee is perfect for the job of tracking down a missing witness who decides trusting others to keep her safe is a mistake. The only glitch is working with Jack, the man who ripped out her heart years ago. She realizes she never got over his betrayal, but Bliss wasn’t honest when they were together and rehashing their failed relationship is last on their list of necessary things to do. But the clock is ticking and in order to find their witness before she is eliminated, Bliss will have to be brutally honest with Jack.

Teaming up requires revealing secrets that have the power to hurt them both. An evil threatens Jack, his family and the one woman he could never forget and doesn't want to let go. Can Bliss love the man Jack has become? And can Jack forgive the lies Bliss told?

Another awesome read from this author. The plot, characters and word usage were amazing and pulled me in from the start.
—Goodreads reader 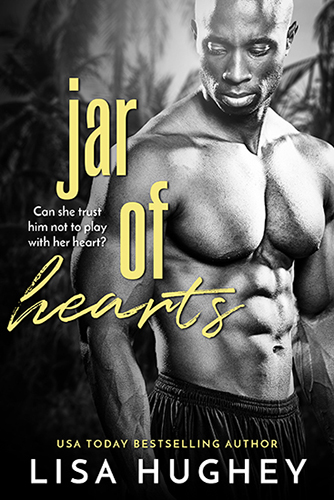 Can she trust his sensual attention or will he shatter her fragile heart?

Prickly Keisha Johnson has an inner soft heart underneath her tough exterior. She also has the hots for the company pilot, Shane Washington. When he turns those striking dark chocolate eyes on her, Keisha wants to melt into a steamy puddle of desire. But of course, that isn't her MO. Melting means soft. And life has taught her that being soft means getting stepped all over.

Shane Washington is very attracted to Keisha. What really does it for him is her attitude and smarts. A killer combination. But she works for his boss, Jack Stone, and in business Shane sticks to a ‘no frat’ policy. Leftover regs from his days in the military. So he stays away from her until a favor for their boss sends them undercover and under the covers.

Working together is easy and fun until they have to tell Jack that someone very close to him is the culprit.

The heartfelt emotion one feels when reading the previous stories in this series continues...
—Amazon reader

Characters are multi-dimensional, the romance is hot and steamy, and the suspense is well timed.
—Amazon reader

I love this series.
—Amazon reader 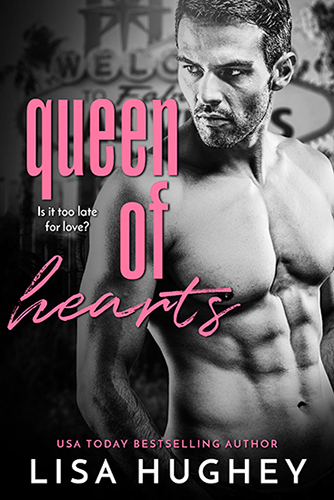 She’s ready to live life to the fullest, but someone has other plans for her.

Shelley Stone became a stepmother at twenty-five, raising her daughter plus three boys aged fourteen to eight while their father was absent and uninterested. She put her entire life on hold to give the kids all the love and guidance missing in their lives. Now her oldest son is getting married and she is done letting her dreams die and life pass her by. She starts by taking one night with a gorgeous stranger who sees her as a vibrant woman rather than a responsible mother. But par for the course, nothing in her life goes as expected.

Former Navy SEAL, Enrique "Bulletproof" Santana is in Las Vegas for his friend’s wedding and some much needed R & R. He’s at loose ends and trying to figure out what to do next with his life. But in the meantime, he’s going to enjoy everything about Vegas. His vacation turns awkward when he discovers his smoking hot one night stand is actually his pal’s stepmother.

When Shelley’s life is threatened, Ric doesn’t hesitate to step into the role of bodyguard and protector. But as Ric grows closer to Shelley, he can’t help but wonder, can he save her life or is it too late for love?

I wasn't sure I was going to like the "mom" romance aspect of this series but ... I loved the storyline.
—Goodreads reader

My favourite in the Stone series.
—Goodreads reader 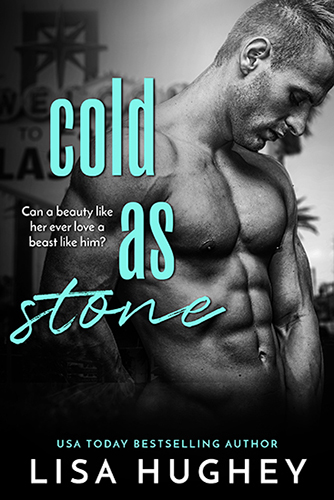 Nothing is ever set in STONE...

Retired Marine, John Pulaski, the surprise half-brother of the Stone siblings takes a trial job at Stone Consulting with hopes of making it permanent. Given a mission to find two missing women, John will stop at nothing to uncover the secrets to their abduction. His stunning and driven partner is the only hitch in his plan.

After a tragic incident two years ago, former FBI agent, Rissa Evans freezes at any sign of conflict, but she's bound and determined to overcome her personal obstacles to prove to her irresistibly sexy and infuriating partner that she's got what it takes to solve the case. As John and Rissa dig deeper into the case, their unwanted attraction intensifies, taking them both by surprise.

But the two wounded souls have to put aside their desires, in order to find the monster who steals the lives of innocent women. With time running out and so much on the line, can they let go of the scars of their past to discover what they're really looking for?

A very fast paced mystery which will keep you hooked from the first page till the very last page.
—Obsessed Book Reviews 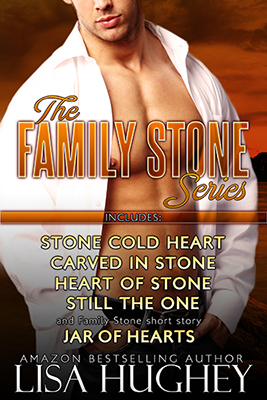 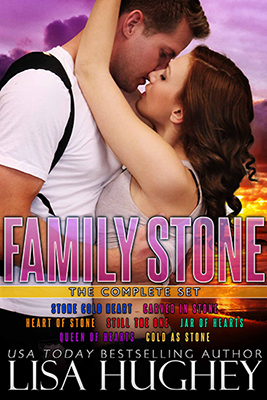