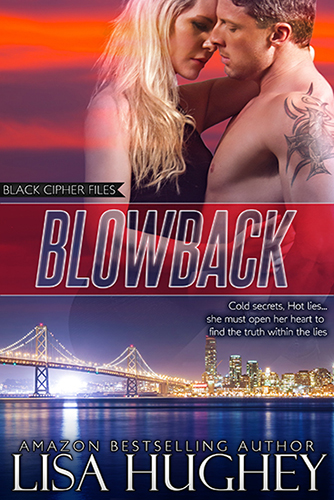 Her cover blown and her mission FUBAR, Jamie Hunt’s exit strategy is thrown off when her super sexy hook up shows up to rescue her.

Jamie trusts no one, including him… Jamie is the only link to Lucas Goodman’s current case. Sleeping with her wasn’t part of the plan. Falling for her even worse—he’s been lying to her since they met.

With a mole in Jamie’s office and on the run from her enemies, staying alive becomes their biggest challenge. But when she discovers the truth, will she see a man who’s proven he is worthy of forgiveness or one who belongs in her rearview?

Blowback: a deadly unintended consequence of a covert operation Cold secrets, hot lies… the past holds the key to their future. 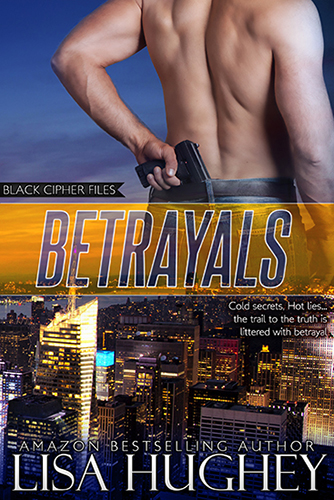 Staci Grant is dead—or is she?

He saw the photographs from Afghanistan, but Jordan Ramirez refuses to believe. His missing lover was the best CIA officer in the field. If anyone could find a way to stay alive, it was Staci. Now Jordan has to do the impossible: find Staci and convince her that trusting him means the difference between staying alive or staying dead.

Someone still wants her dead…

Staci Grant has been betrayed. Captured, imprisoned and tortured, it took all her skills to escape. Now she is determined to uncover who set her up and why, a mission that leaves no room for trust. Not even her lover.

…And won’t stop until she is.

When Jordan finds her, he won’t take no for an answer, and together they enter a desperate race to unravel the truths behind a decades old secret. But each revelation brings fresh betrayals that threaten their love and their lives.

Betrayals is the story of a CIA NOC officer and a former HRT/FBI agent in a desperate race to discover who wants Staci Grant dead. Betrayals is a fast-paced, edgy romantic suspense.

Zeke Hawthorne, a programmer and hacker at the NSA, is in trouble. Red-badged and under investigation to make sure had hasn’t divulged national secrets, he’s sent on a boondoggle. All he has to do is keep an eye on Sunshine, from afar, and make sure she’s safe.

Sunshine Smith’s entire world was blown apart thirteen years ago when her obsessive stepfather killed her grandparents. She and her mother changed their names and went into hiding to escape. For years they’ve been safe…until now.

When Sunshine is threatened, Zeke cannot keep his distance. Only danger and betrayal are coming for Zeke too. Zeke and Sunshine must combine forces to stay one step ahead of the peril that stalks them, but trust between two people who grew up without faith is a difficult bond to form. Will fears from the past steal their future? 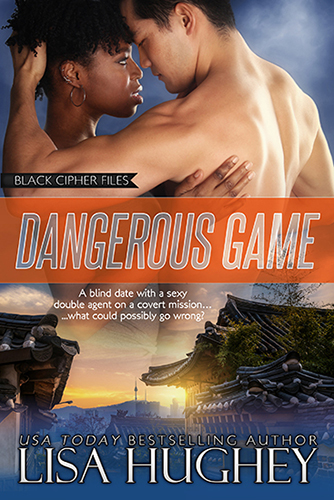 A blind date with a sexy double agent on a covert mission…what could possibly go wrong?

Barb Williams is on the blind date from hell. She realizes she’s being used as a decoy, but before she can ditch her sexy date, the embassy party they are attending is crashed by terrorists.
Ken Park is on a very personal covert mission to uncover the intel that will exonerate his father, but his exotic, sensual, distracting date is messing with his focus.
When masked mercenaries take over the embassy party, can Barb and Ken trust each other to overcome their trust issues and band together to save the day?

Dangerous Game is a shorter novel that continues in the Black Cipher Files world. This story is an homage to the greatest Christmas movie ever: Die Hard.

Funny, fast-paced, fantastic.
—Goodreads reader
Another winner in the Black Cipher Series! If you enjoy fast paced romantic suspense, you will love this book!
—Goodreads reader
Barb meets Ken on a blind date that leads to an explosive ending. Fun book with lots of surprises!
—Amazon reader 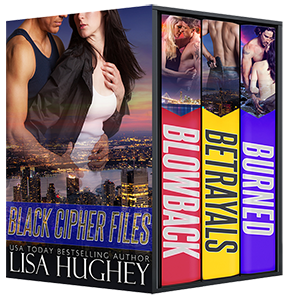