Rule follower, Federal US Deputy Marshal Alex Saunders has been assigned to protect a federal judge after the judge receives death threats. This detail is standard until the judge insists on his son’s PR firm provide backup security, which isn’t even in the rule book. But because Alex is already in hot water, he follows orders to keep the judge happy.

Rule breaker, and former CIA analyst, Kita Ferguson reluctantly agrees to go undercover, posing as the judge’s aide slash girlfriend, but in return she expects her boss at ALIAS to help her protect an abused woman and her nieces even though technically keeping the children from their father is against the law.

From the very start, Alex and Kita disagree about everything. But their sizzling attraction continues to grow as the threats against the judge escalate and put them all in danger. Can these two opposites find enough common ground outside the bedroom, or will their diverse philosophies result in disaster?

So full of action and suspense that you don’t want it to end.
—Obsessed Book Reviews

An excellent read. It provides a balance of suspense, romance and action that keeps the story moving. I couldn’t put it down.
—Goodreads reader

I will be stalking this author’s books from now on.
—Amazon reader 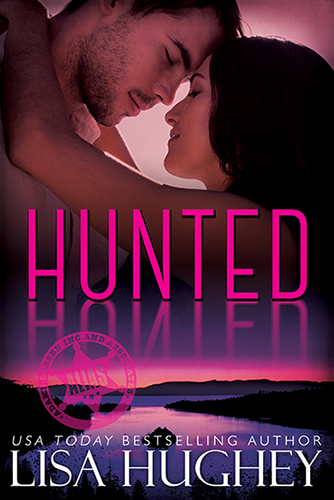 There’s only one thing worse than seeing your unrequited crush every day at the office…and that’s getting trapped with him in a snowy mountain cabin.

Maria Torres has been through hell and back. A former kidnapping victim, she’s used to being famous for all the wrong reasons and having people handle her with kid gloves. And it seems that the man of her dreams, Dwayne Lameko, is no different.

So when an ALIAS client requests her presence on an op, Maria believes she’s ready to spread her wings and prove all her co-workers wrong…especially Dwayne. But when danger follows them into the wilderness, Maria has no choice but to prove to herself and Dwayne that she’s strong enough to handle anything…even his love.

Maria Torres was first introduced in the Family Stone series, Still the One. She finally gets her happily ever after.

What a fantastic book.
—Amazon reader

This book had me sucked in right from the start.
—Amazon reader 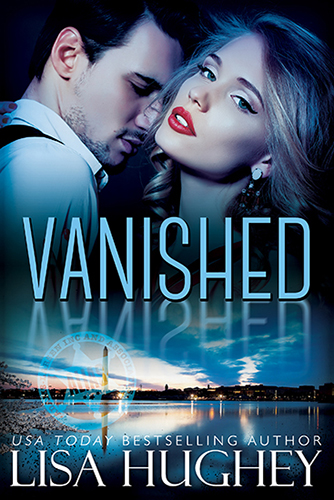 He’ll do anything to find his brother’s killer….

On an unsanctioned mission, Scottish NCA officer Hamish Ballard tracks his brother’s killer across the ocean…until he hits a dead end at Adams-Larsen Inc and Associates, a supposed PR company. Owner Jillian Larsen knows more than she admits, and he’ll do anything to uncover her secrets, even fake an interest her. He’s got one week to complete his goal. But his attraction is all too real and using her when she was just a name in a report was easy, but now he’s falling hard for his foe.

Jillian Larsen’s purpose in life is helping people who are in jeopardy disappear and she has never betrayed a client. When a Scottish hottie accuses her company of hiding a criminal, she has no intention of revealing her client’s whereabouts or giving in to her inconvenient attraction for the sexy pain in her ass. But what does she do if the woman she relocated turns out to be a criminal? When her business partner vanishes along with their complicit client, can she use Hamish to track them down without risking her heart?

He needs her resources. She needs his intelligence. Working together is the only logical choice, but it means jeopardizing everything. 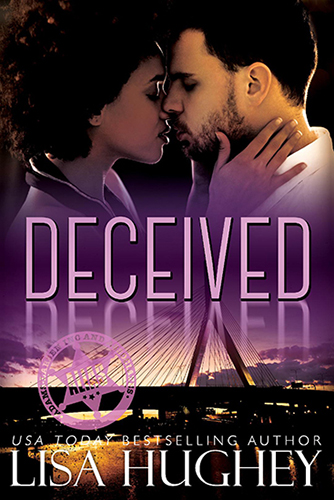 He’s done rescuing people. She doesn’t want to be rescued. They’re both about to be disappointed.

The next installment in the ALIAS world features disgraced partner Marsh Adams seeking redemption. Aisha Brown is an up and coming artist with a huge problem. This reverse heist, bodyguard for a woman in peril romance features a strong family theme.

This box set includes the first three books in the ALIAS series: Stalked, Hunted, and Vanished 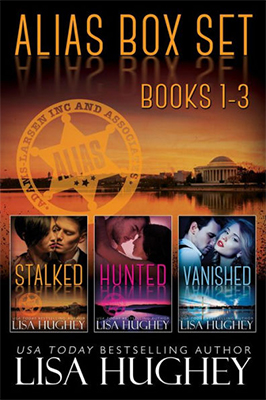